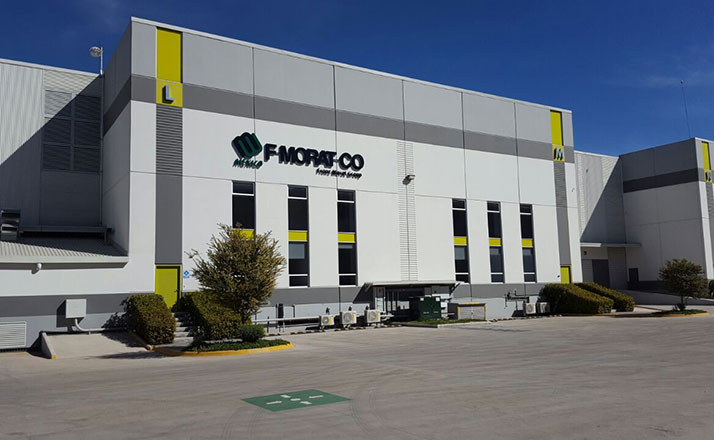 The Franz Morat Group continues to drive forward its internationalization with the establishment of F. Morat México S. de R.L. de C.V. in Lerma, 65 km to the southwest of Mexico City. A new production facility was set up there in 2015 by the plastic injection molding specialist F. Morat. After a preparation phase lasting some two years, the first series components finally left the production line in March of this year.

A large number of machines went into operation at the new site and all the production factors and equipment needed for production were procured over recent weeks and months. The new operating facility was also organized and set up to conform to lean manufacturing principles.
At the same time, the new Mexican workforce was intensively trained at the company’s headquarters in Eisenbach, Germany. Since the start of 2017, four experienced employees from Eisenbach have been supervising the smooth start of production in Lerma, which will initially injection mold plastic components primarily for comfort drives for the automotive industry.

These components will be used, among other things, in the automatic seat or window drives of reputable automotive suppliers. The localization of these products will provide significant benefits for customers, as well as for F. Morat. It will enable it to reduce logistics costs, in particular, at the same time as strengthening relationships with partners, thanks to its proximity to customers. In a second phase, the company will intensify sales activities in order to start acquiring additional projects from the NAFTA states.

Lerma lies in the Mexican automotive belt of Toluca de Lerdo, which is already home to many global companies. Currently Toluca generates 1.2% of Mexico’s GDP and 12.5% of the economic output of the federal state of Mexico.

The new production site will make a significant contribution to the planned growth of the Franz Morat Group, help to considerably extend its capacity and thus globally improve its competitiveness. The demand for precision injection molded components, in particular, has rapidly risen in recent years – with F. Morat’s turnover doubling since 2010. Additional skilled workers and the 2,500 m² production area in Mexico are urgently needed to offer customers F. Morat’s customary service and deliver additional orders on schedule.