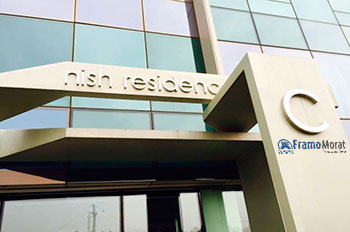 The official founding of Framo Morat Türkiye, Ltd., based in Istanbul, took place on April 4, 2015. This underlines the increasing international orientation of the Franz Morat Group, which moreover counts subsidiaries in the USA, in the Netherlands and in Poland.
Up to now, Framo Morat was represented on the Turkish market by an external sales partner. With Cem Ünlü, previous shareholder and Sales Manager of our sales partner, we managed to hire an experienced manager who both is familiar with the products of the Franz Morat Group and has a deep knowledge of the Turkish market.

The Company is based in Istanbul. It moreover rents storage space in Bursa in order to ensure faster supply of the customers located mainly in Western Turkey. The area between Bursa and the west coast is taken in charge by a sales office based in Izmir, ensuring on the one hand proximity with our largest customers and on the other hand our presence in the economically most important region.

With the founding of this sales subsidiary, we will in a first phase increase our presence in the Turkish market and in the neighboring countries, and offer our present and future customers an even higher support, advice and service level. In a successive step, we will set up and develop engineering capacities. Turkey belongs to the fastest growing markets for drive technology and has a major importance as a bridge to the CIE (Commonwealth of Independent States) and to the MENA states (Middle East & North Africa).

The light and heavy industries are strongly represented mainly in western Turkey (textile, automotive, chemistry, machines and electronics) – they produce about 25% of the GDP. The OECD economic forecasts for 2015 and 2016 expect a growth of the Turkish gross domestic product of 3.2 % to 4.0 %, placing Turkey among the top ranks. This is emphasized by a study conducted in 2014 by the German Foreign Ministry, according to which Germany remains Turkey’s most important trading partner.

Turkey has been Framo Morat’s seventh largest market in 2014. Business relations have grown over years with many major customers who up to now were mainly purchasing planetary gears, hollow-shaft geared motors of the “Compacta” range and using them in forming units, press brakes or handling systems. Many interesting and promising projects with potential new customers are currently under study.

The product range offered by Framo Morat Türkiye covers the whole portfolio of the Franz Morat Group – from gears, rotor shafts, worm gear sets and entirely mounted drive solutions, often developed specifically according to customer needs, up to injected parts and subsets out of technical plastics.